From Cambodia
There are 247,000 Khmer (Cambodian) who are 86% Buddhist. The largest groups in California are in Long Beach, Stockton, Los Angeles, Santa Ana, San Diego, Modesto, Oakland, San Jose, Santa Rosa, and Sacramento. There are many also in Seattle (Tacoma), Washington, Las Vegas, Nevada, Phoenix, Arizona, Salt Lake City, Utah, Denver, Colorado, Columbus, Ohio, Chicago, Illinois, and Rochester and Minneapolis, Minnesota. Canada has 21,000 in Montreal, Quebec, and Ontario. There are also 3,200 Cham in the United States which are 99% Muslim.

From Thailand
82,000 Isarn Thais from the Northeast and 177,000 Central Thais who are 96% Buddhist live in the USA along with 8,600 of the Ou Khmu tribe with ethnic religion backgrounds, and another group of 54,0000 called Phu Thai who are 60% Buddhist. There are huge numbers of Thai in California living especially in Los Angeles and San Francisco, and the Orange, San Bernardino, San Diego counties. Many also are in Clark County, Nevada, Cook County Illinois, Fairfax County, Virginia, and Montgomery County, Maryland. There are 4,500 Thai in Ontario, British Columbia, Quebec, and Alberta, Canada

From Across Borders
There are some tribes who come from multiple countries. In the United States there are 13,000 White Tai (Tai Don) and Black Tai (Tai Dam) of various ethnic religions, from Laos, China, and Thailand, 17,000 Mien of ethnic religions from China and Laos, 178,000 Hmong Daw and 109,000 Hmong Njua of various ethnic religions primarily from Laos, but some from Thailand and China with the largest groups being in Minneapolis-Saint Paul and Bloomington, Minnesota, followed by Fresno, Sacramento, and Merced, California, Milwaukee, Wisconsin, Tulsa, Oklahoma, Detroit and Warren, Michigan, Anchorage, Alaska, and Denver, Colorado. 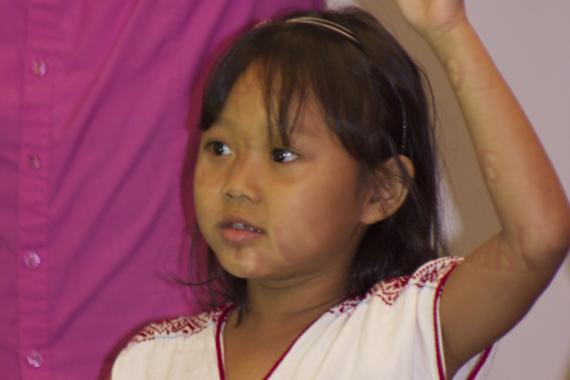