Home Explore Myanmar
An enormous diversity of ethnicities enriches the country of Myanmar (Burma) while adding to its political complexity. The land has its tropical beaches, a wide delta and steamy jungles with tall mountains. The huge number of Burmese Buddhists and many unreached hill tribes give an urgent call to ASAP-sponsored church planters and medical missionaries.

Myanmar stretches from the snowy mountains shared with China down to the warm beaches on the Andaman Sea near Thailand. In between are miles and miles of jungle filled with an amazing diversity of creatures and people in over one hundred tribes. The mountains have helped isolate the country somewhat from the large surrounding countries of Bangladesh, China, India, and Thailand.

More than 53 million people live in Myanmar. In many places the culture and dress of the people seem basically unchanged by modern living. You will often see men dressed in longyis (skirt-like outfits), women with their cheeks painted with a natural yellow powder, and many people relaxing at little shops as they drink their tea.

At the same time, cities are bustling and growing.  Yangon (formerly Rangoon), the previous capital city, is a mix of old colonial buildings, new developments, huge trees, and bursting roads filled with buses, bikes, and burgeoning car ownership. The new capital city, Naypyidaw, is a carefully planned city which was just constructed starting in 2002.  It boasts a highway system in and around the city with roads up to 10 lanes wide in either direction!

Rice is grown throughout the country and much fishing is done in the huge delta area and on the sea. There is an amazing amount of natural resources in Myanmar including beautiful wood from the teak trees and others, along with gorgeous jade and other precious gems.

Buddhist temples are everywhere with many tourists flocking to see them in Bagan near Mandalay. There they can see the remains of 2,200 of the original 10,000 temples from the Kingdom of Pagan which reigned during the 11th–13th centuries.

25% of the population of Myanmar is under 15. Premature birth is a major killer of children along with respiratory infections. Fortunately, the health of children is significantly improving through the development of water and sanitation facilities. Many areas, especially in the jungle mountains, still do not have adequate health care.

Lifestyle diseases have become a growing problem with stroke now being the top cause of death, followed by lower respiratory diseases and heart disease.

The country is also vulnerable to flooding. The tsunami of 2004 caused enormous damage and loss of life. It was followed by Cylone Nargis in 2008 which killed approximately 140,000 people. In 2015 a million and a half people in 12 of the 14 states in the country were affected by flooding with horrific devastation to houses, whole towns, and more than a million acres of rice fields.

The numbers of people in Myanmar with HIV is on the rise with about 1.5% of the population infected and 2.6% of the deaths attributed to AIDS. There is much drug addiction as Myanmar is the second largest supplier of opium after Afghanistan.

The country has been highly impacted by fighting since 1942, with one of the world’s longest current civil wars continuing on between the Karen tribe and the Burmese government. Many tribes feel the primarily Burmese-led government has not allowed them much representation. Many outside countries have protested against the lack of freedoms in Myanmar. 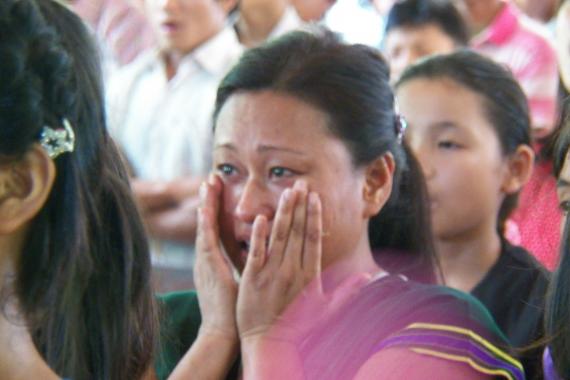 As a whole, Myanmar is listed as 75.2% Buddhist, 8.8% Christian, 8.1% Animist, and 5.6% Islam. Christianity has flourished within certain tribes like the Karen and Chin. In fact, there are approximately 27,000 Seventh-day Adventists. However, the majority ethnic group, the Burmese, are 95% Buddhist with just around 0.4% Christian. There is often little response to the gospel among those approximately 31 million people. Doors have been closed to outside missionaries for many years [Hence the importance of NATIONAL missionaries!] and the Burmese are less likely to listen to the minority hill tribe Christians.

Beyond the Burmese, the Joshua Project lists 48 specific tribes out of a total of 151 tribes as highly unreached, desperately needing a multiplying Christian witness in their language. These include fascinating people like the Rakhine, Shan, Mon, Wa-O, Rohinga, and many others. You can learn more about them at the Joshua Project http://joshuaproject.net/countries/BM

These people need missionaries from the Christians among the Karen, Chin, and others to live among them, learn their language and share the gospel. There are also many from Myanmar now living in Bangladesh, Thailand, Malaysia, the United States, and elsewhere where there are no government restrictions for freely witnessing to them. 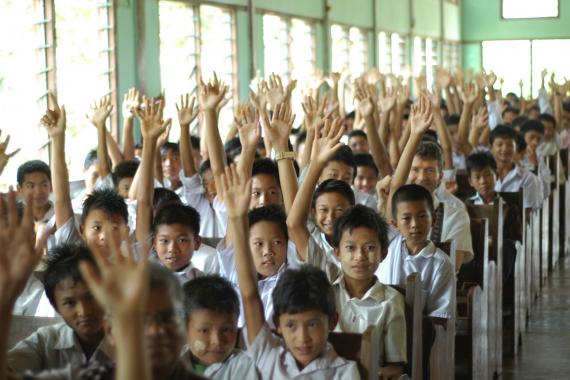 May we pray like the first missionary to Burma, “Lord, let me finish my work. Spare me long enough to put the saving Word into the hands of the people.” Adoniram Judson