Home Explore Laos
Quiet and unassuming, Laos holds the treasure of many unique tribes and languages. Tourists enjoy the kindness and hospitality of the down-to-earth people. As the country moves away from poverty and religious liberty restrictions, ASAP-sponsored church planters and medical missionaries are significantly touching lives.

Laos is a small country, completely landlocked between China, Myanmar, Thailand, and Vietnam. There are amazing forests that have rare animals and beautiful plants. Vientiane is the beautiful capital city that overlooks the Mekong River which flows quietly along its borders.

In some places huge limestone cliffs push up into the sky. Rice paddies are slipped in everywhere that the many jungle mountains allow. Once the Mekong river reaches the south of the country, it plunges 69 feet (21 meters) over Khone Phapheng Falls,  which are the tallest falls in Southeast Asia.

Tourists have begun flocking to this country because it still feels unspoiled by the outside world. The gentleness of the people and the variety of ethnic tribes further adds to the intrigue.

The government is considered communist with a single-party socialist republic. They are trying to move toward a market-oriented economy. Many tourists like to visit the Vieng Xai Caves especially to see the places that were used for hideouts during the Vietnam war. 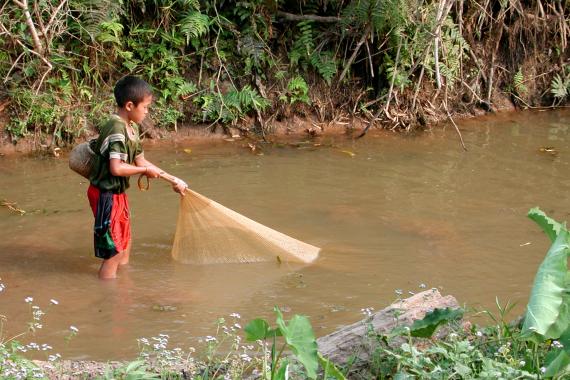 One out of three people in Laos is under the age of 15 and only 6% of the people are over the age of 60. The average age is actually 21! Lack of clean water, sanitation facilities, and adequate nutritious food is a significant problem. Laos is considered one of the poorest countries in the world. 80% of the people rely on agriculture for their living.

Fortunately, the the numbers of women dying in childbirth and children dying before the age of five is decreasing. Deaths from malaria and dengue are still high.

The greatest causes of death are lower respiratory infections, heart disease, and stroke. Tobacco use is at 48% with men. Death due to HIV/AIDS has been increasing.

During the Vietnam War, 580,000 bombing missions were carried out on Laos dropping 2 million tons of ordnance. One third of these did not explode. Many of these bombs continue to lie in Laotian soil unexploded until a farmer’s plow or a child bumps into it. About 200–300 people every year are still injured or killed by these UXO (unexploded ordinances). Close to 1 out of 3 of these are children who sometimes think the bomb looks like a toy to play with. 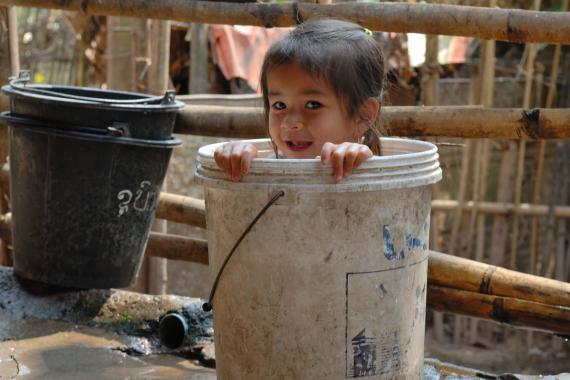 Of the approximately 7 million people in Laos, over half of them are Buddhist and one third of them are animists, relying on the spirits to help them. Christians are just 3 percent and Seventh-day Adventists have about 1,200 members.

For many years, the government has restricted Christian witnessing in the country. Though it is easier now, there is not complete freedom. It is also difficult to choose to become a Christian when people’s family and village members are all Buddhist or animist.

What is it like to live without a Bible in your own language? At least 31 languages in Laos need to have the Bible translated into them.

This small country has 135 culturally distinct people groups. 113 of them are considered to be unreached with the gospel. Explore these special people at Joshua Project.

You can also find over 200,000 people from Laos in the United States. Many still do not have even one friend who is a Christian.

"I have but one passion: It is He, it is He alone. The world is the field and the field is the world; and henceforth that country shall be my home where I can be most used in win-ning souls for Christ." Count Nicolaus Ludwig von Zinzendorf