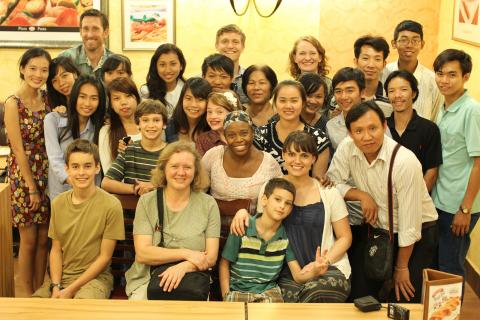 We praise God for those who answered the quick call to prayerfully go on the 2015 ASAP Cambodia Mission Trip!  From January 30–February 12, a group of about twenty visited village churches where ASAP church planters serve, assisted with the Cambodian Adventist Camp meeting (which hasn’t taken place in the last five years) and served in the ASAP Feed & Read schools and AIDS hospice. God impressed some singles to attend, along with four families and a grandpa. (Every mission trip needs a grandpa!)  Be blessed by some of their testimonies below:

DON SCHATZSCHNEIDER
Missions are the only way we will finish God's work here on earth. I count it a privilege to be able to go to Cambodia and contribute to the work of the church. I think it is essential that we show the local members that they are a part of a world-wide church. It is not only a world-wide church but we are all family. We all feel a part of the family of God as brothers and sisters. I would do it again any time.

MARIE VICTOR
I just finished a rough year of mission service.  I have been so renewed by joining this ASAP team! 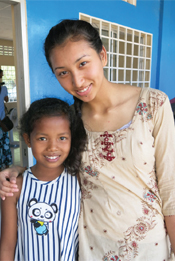 I was blessed beyond measure to attend the ASAP mission trip to Cambodia.  On the journey home, I remember saying, "The closer and closer we get to San Francisco, the more people speak English perfectly—I don't like it. It just means that I'm further and further away from Cambodia."  I miss my country so, so much!  Let me explain.

I think one of the hardest yet best things I experienced in Cambodia was telling my story to the teens during camp meeting at the Wat Preah Yesu home for children. I told them a story about a Cambodian woman that had a baby girl, but she could not provide enough food to keep her child alive. Because of her love for her girl, she gave up her baby at an orphanage in order to give the child a second chance at life. God, because of His love for us, gave up His only Son in order to give the world a second chance at life. I ended the story by saying, “I know God has a plan for my life because the baby girl in the story…was me. If God has a plan for a little Cambodian baby like me, He definitely has a plan for everyone here.” The room was completely silent. I didn’t know what else to say so I just cried.

There is no one word to describe how I was feeling at that moment. Since I used to be an orphan in Cambodia just like so many of the kids listening, the experience was surreal. Although I had been adopted by an American couple as a child, I was back in my country for the first time in my life telling my story to children that were just like me. A painful kind of joy filled my heart. I could feel God wrapping His arms around me in that second. In His eyes, I was never an orphan; I was always His child. As Deuteronomy 31:6 says, “…God will never leave you nor forsake you.” 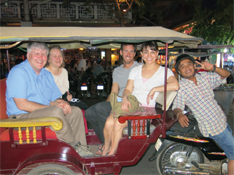 Heather:  One of the amazing things about this trip was actually getting to meet the precious people that are sponsored through ASAP and seeing how life-changing these funds are to them. I loved seeing what the church planters and teachers are doing in their communities. It has motivated me to share about ASAP with everyone I know! Worshipping with our brothers and sisters in the village churches was beautiful! Telling stories through a translator was really fun once I got used to it. The traffic was a little scary for me, but I was really proud of myself for not getting too anxious about it! I also cherish the relationships built with our mission group! I learned so much from each and every one of them and can’t wait to hug their necks again someday soon!

Jacob: I enjoyed helping with the junior class and interviewing people. My heart was touched by some of the kids I talked to. The tuk-tuks were awesome and the best way I have ever traveled!

Noah: My favorite part of the mission trip was going out to the village church and helping to teach the Sabbath school. It was so different than anything I have ever experienced before. We also got a chance to pray for some people out in the village and I really thought that was special. Although the interviews at camp meeting were quite taxing due to the heat, I knew I was doing it for a good purpose and I liked getting to know the people. I loved playing games with all the orphans and teaching them football.

Simon: I loved being at the camp meeting and helping out with the kids in the kindergarten class. I helped them color and sing songs and play games. My very favorite part was the kittens and puppies; they were so cute and I played with them a lot. Pumping water for the toilets was fun! The hardest thing for me was eating so many vegetables.

Ryan: My greatest joy was learning from the others in our mission group. I also learned so much from the Cambodian people. They have little but are so willing to give and serve the Lord with what they have. While interviewing the church planters, they shared their hearts and it was powerful to see how dedicated they are to God!

HOSFORD FAMILY
Cheryl:  I was impressed with the sacrifice and the dedication that the church planters have to their work. So many of them are going through so many difficult challenges to reach their segment of the world for Christ. I’m reminded that the work is going to be finished through sacrifice. There was a period of time that we were seeing the signs being fulfilled all around us, thinking maybe it is time to find a place in the countryside further out and I’m now realizing that the biggest thing that has to happen before Christ comes back hasn’t taken place. That understanding has deepened while working on the podcast and much further while being on this trip. Realization that there is a tremendous amount to do and if we don’t do it now the work is only going to get harder. 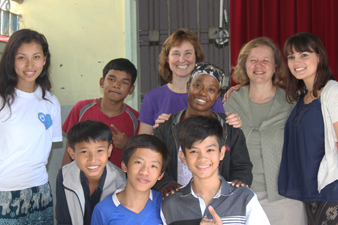 Darryl: I soaked up all the new things, blogging almost once a day. I really wanted to connect with the amount of work that’s needed in Southeast Asia. I appreciate the work of ASAP more after seeing the vast stretches of Buddhism and its very strong hold on the people in this land. My prayers are renewed that God would find a way to make a difference in this land.

Daniel: I claimed all things work together for good a lot, when things wouldn’t go the way I wished they would. I really wanted to go up the mountain and we weren’t, I said, "Lord I really want to go and it worked out." I played rock, paper, scissors over and over with new friends. I really enjoyed the little boy at the house. It was really fun to teach them some of the little games we know in America. Even though we couldn’t speak each other’s language by the end he could count in English.

Andrew: I worked on getting footage for podcasts. I felt like Satan was trying to put a stop to the video-taping. I was sick a lot, but I’m thankful God was able to get a lot done anyway. 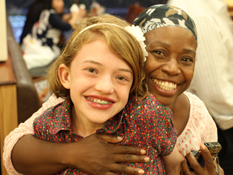 Julia:  The reactions of those who have never been out here before are a real blessing to me. Growing up here, it’s good to see it through fresh eyes. It helps me to see the great needs in a real way.

AJ: Unfortunately, I was sick or in pain a lot of the time on this trip, but from my bedroom I sent up prayers. I think I have found new meaning in something I already knew. When you focus on others, self fades away. I think God has taught me in a long painstaking way. It finally hit me. I had two days I was not sick and pain free. When I focus on others and not wallow in my suffering it makes it a lot easier.

Kaila: I enjoyed being with the children. I’ve been blessed by all the people I could make friends with. I’ve put in my mind that just because I don’t know the language doesn’t mean I can’t make friends. When we were in the cave I was kind of facing my worst fear which was the dark, and I was able to overcome it. I learned I can walk by faith and not by sight. I don’t have to see the things that are going to happen.

GRISWOLD FAMILY
Scott: For me, going on a mission trip to Southeast Asia is not a new adventure, but more like going home since we lived there for 16 years. That’s why this year when we took a whole group of people, it really helped open my eyes to the specialness of it all.  We became like family on the trip and each person and every child saw things with their own special perspectives. I saw anew how beautiful the countries and the people are in Cambodia, Thailand, and Myanmar and the privilege of serving God in each thing we do.I saw how it opened the eyes of those who went to the great needs and the great joy of missions. I heartily recommend everyone taking an ASAP Mission trip!

Julie:  It was a big highlight for me to see how God loves Khun Luck so much. In the few minutes I had to rush to get something to eat, that God would put somebody across my path who was needing him again and who responded so readily, is just the Holy Spirit working.