“Let me tell you about Cambodia.” The stories poured out of Judy Aitken’s heart. We could imagine families tiptoeing through the jungles trying to avoid soldiers and landmines. Judy laid out pictures of refugee camps filled with thousands of hurting people hoping to come to America, afraid to return to their homeland. She spoke of her own privilege of caring for their desperate medical needs and helping volunteers teach them English and introduce them to God. As she spoke, the seed of love for Southeast Asia was planted in our hearts.

In just two months we met Judy again, at Julie’s graduation. On the steps of Pioneer Memorial Church, by the statue of John Andrews and his children staring off across the ocean to the mission field, she said, “We need someone in the Thailand refugee camps right now. Will you go?” Her passion, her prayers, and her invitation changed the course of our entire lives.

Within three months the refugee camps were no longer just pictures. We walked the dusty roads where Judy had served and hugged the laughing children. We met the leaders of churches that had sprung up in the wake of her labor and the service of others. We preached beside them and together tried to prepare the 300 new members in eight little bamboo churches to return to their country to plant the first Seventh-day Adventist churches around Cambodia.

Then, as the refugees returned to their country, we followed, moving to Phnom Penh. We learned their language and began to share God’s story with our precious Buddhist neighbors. It was the poorest of the poor who responded with the most enthusiasm. A tiny congregation we called the Water Lily Church grew in a nearby slum.

Every year, Judy Aitken would fly in to visit her “children,” the hundreds who called her “Mother Judy.” She would travel all over Cambodia with Dr. Mary Ann McNeilus and others, praying for God to lead her to one more missing church member who needed encouragement and connection. She regularly had divine appointments; she was always looking for someone who had enough leadership potential to start another house church. Then she would return to America to share the many stories of healing, freedom from spirits, and changed lives that inspired people to get involved, often giving funds to further extend God’s love. Judy always stopped to encourage us too, excited to see our growing family with Joelle, then Nathan and Rotha.

Time flew. We returned to the States, then moved to Thailand for ten years to work with Global Mission. Mother Judy kept going back and forth across the sea, still stopping to check in on us, and to meet our youngest son, Josiah.

When our daughter was ready for college, we knew it was time to once again return to America, but to do what? How could we leave the mission field? We visited Houston, Texas, and realized the mission field had truly moved right here. We felt God’s call to prepare a training kit to help church members reach out to immigrants, refugees, and international students. How could we find the finances to be able to spend the time working on it? Once again, it was Judy’s faith and vision that opened the door. “We don’t have the funds either,” she said, shaking her head. “But God does!” she added with that persistent smile of hers. That is how we came to work with ASAP Ministries for four years, and continue to do so now through the Reach the World Next Door program in Houston.

When Judy Aitken finally went to rest, hundreds came to her funeral and thousands more watched online. The tears fell, but our hearts were filled with joy. One life transformed by God impacted another, who in turn touched another. We are so thankful to be part of that ripple effect. 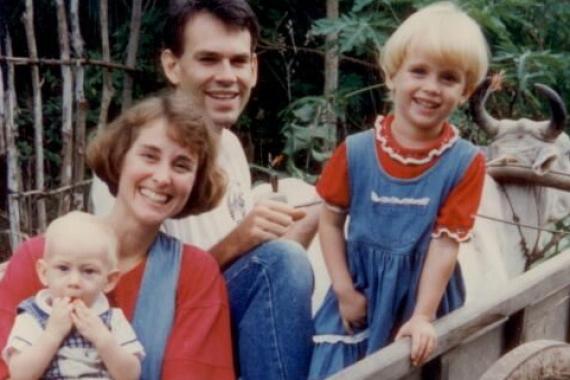