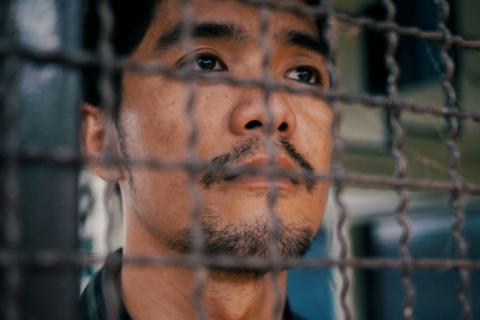 The sounds of wild animals pierced the darkness, as two men huddled atop the mountain where their persecutors had left them to die. For the past five years, they had endured imprisonment and torture at the hands of the communist authorities. All because they dared to follow Jesus.

Several years before, a mysterious stranger had arrived in their village, located in an isolated region of a closed Asian country. No one knew where he had come from, but they eagerly listened to the sermons that played on the radio he brought them. In the eyes of the government, it was bad enough that these villagers were from an ethnic minority group. But when reports of their conversion and Sabbath–keeping reached the communist leaders, they were enraged. They came to the village and arrested the two leaders.

Throughout their imprisonment, the two men suffered horribly at the hands of their persecutors. Once, they were forced to kneel on broken glass until they collapsed. Another time, in the middle of winter, they were confined in a fuel storage tank filled with ice cold water. And now, their tormentors had determined to get rid of them once and for all, intentionally stranding them on a remote mountain more than sixty miles from their village. If they did not die of exposure, they would certainly fall prey to wild animals.

Miraculously, God protected them and helped them find their way back to their village. But their trials were not over. Their homes were under 24–hour surveillance. When they returned, all of their property was confiscated. The ordeal left them weak and fearful, and when the authorities demanded that the men join one of the government–registered churches, they complied.

However, two ASAP church planters learned of their plight and visited the village to encourage and pray with them. The men and their families are still listening to sermons on the radio and watching DVDs given to them by the ASAP church planters. And they continue to secretly keep the Sabbath. We pray that the Holy Spirit will strengthen these persecuted brothers to once again share their faith with boldness.

How You Can Help

Nearly 2,000 years ago, when secular and religious authorities were vigorously persecuting the early Christians, the apostle Paul urged, “Remember the prisoners as if chained with them – those who are mistreated – since you yourselves are in the body also” (Hebrews 13:3, NKJV). At ASAP Ministries, we strive to fulfill the apostle’s plea on behalf of millions of believers in Southeast Asia and throughout the 10/40 Window who are suffering for their faith in Jesus today.

Will you join us in remembering persecuted brothers and sisters through your prayers and generous financial gifts? We have established a special fund dedicated to sharing Christ and strengthening persecuted believers doing God’s Work in Dangerous, Oppressive Places (GWIDOP). You can make a one–time donation to the GWIDOP Fund or become a monthly contibutor by joining Team GWIDOP.

Team GWIDOP is an ASAP initiative to hasten the spread of the gospel in closed countries and among persecuted people groups. It’s simple! You join the team by committing to give $100 per month, and 100% of your donation goes to support ASAP's local missionaries who are witnessing in dangerous, oppressive places. Each month, you will receive a special update or story on our work in closed countries to help keep your persecuted brothers and sisters on your heart and in your prayers.

Are you ready to join Team GWIDOP? Start your monthly donation and sign up here. Thank you for opening your heart to the needs of the persecuted!