Lisa and her daughter Katherine, along with 22 others, bravely entered a communist country to share the light and love of Jesus on ASAP’s 2017 mission trip. Would they be successful? Would this trip impact their lives? Read their testimonies below.

I expected culture shock and major diff­erences, but everything was so much crazier and more foreign than I had been expecting. I went around in awe of everything I saw: stray dogs roaming the streets, strange smells, friendly big smiles on people who didn’t tower over me ;), rolling mountains and fast-flowing rivers. At times things were confusing or hard to deal with, but ultimately the trip was a powerful, fun-filled time! I also loved going with my best friend Merissa and getting to laugh through things and be touched by miracles and experiences together. 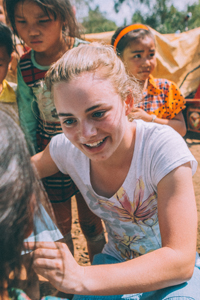 I loved meeting and serving with our mission team, some of the most genuine and sweet people I’ve ever met. I loved having worship morning and night with the team, praying and chatting about the coming day and what we had seen. We had incredible speakers on the trip whose thoughts, sermons, and stories really struck home. Serving on this mission trip, I felt so close to God.

I loved the children, full of curiosity and this mischievous hope to connect with you and become friends! The language barrier was so big. When our tri-lingual translators weren’t around, I learned that showing you care through a smile, laugh, or soft-spoken word is so important. I loved spending time outside with the kids and English students. Even falling into our extremely hard beds—some nights utterly exhausted from the long day—I was happy and felt so fulfilled. Leaving was hard. A piece of my heart stayed with the people and that gorgeous land. I hope to go back again!

Katherine and Merissa were both very impacted by this trip; it was their first time traveling in a developing country and we saw a lot of poverty and need. The three of us volunteered to be in charge of the vacation Bible school. We had been told that we would be ministering in three villages to approximately 150 children from animist or Buddhist families. We prayed for 200 children and brought supplies and crafts to match our prayers. But God decided to give us more. Our ASAP team ministered in a total of five villages to more than 370 children! 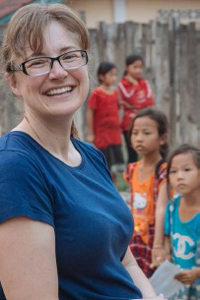 God’s guiding was so evident. We had been told we could buy paper when we arrived, but I could not shake the feeling that we should bring the cardstock needed for the crafts. We weighed and re-weighed our suitcases, removing personal items. Then we snuck through the airports just within weight limits; with a sigh of relief, I watched the digital scale register 49.8, 49.9, or even exactly 50.0 lbs! And sure enough, in all my searching through local stores for the other needed supplies, I did not see cardstock anywhere. God knows the people and the places! Somehow we had not only enough crafts but even enough gifts to give each child something! One family had brought leftover crafts that hadn’t been used on a previous mission trip. We improvised and turned pencils and extra pipe-cleaners into an additional craft. Homemade playdoh was made and was such a hit with the hundreds of kids (think 30 pounds of salt and flour hauled from a local store).

God cared about the big things, too. And sometimes He surprised us with who He ministered through and to. I could tell that the children weren’t “getting it” when we told our first Bible story. So we prayed and were led to enlist a non- Christian translator, Keng, who did amazingly well. He had told me on his first outing with us, “I’m not a Christian, but I’m interested in Christianity.” Keng turned out to be our best translator, telling stories with both accuracy and drama. But more than that, God was also ministering to him through our group. He chose to come with us to translate even in his free time. I asked him one time, “Keng, tell me what you know about Christianity.” His response was revealing. It was obvious that he’d read and studied much. Still living at home, he’s concerned about off­ending his family, but I believe Keng is closer to following Christ than even he thinks. 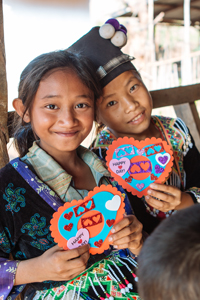 Someone asked me before we left, “Don’t you think it would be better just to send the money rather than spend the money to go?” That’s a legitimate question. Yes, we enjoyed this serving-adventure. But I have to say that in this situation, I know it was better to go. There are close to 400 children who have now heard the salvation story! And our team was able to be the “draw” (interesting foreigners with amusing accents and caring hearts) that brought people in night after night to hear the story of Jesus. We miss those dear people—adults and children—but are praying that we’ll see them again in heaven, if not before.

Thank you, ASAP, for helping to make this trip happen. I believe strongly that there will be more people in heaven because of it, and I pray it will be many, many more. 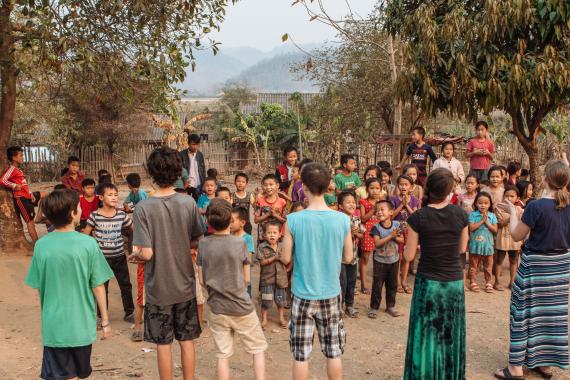