The Flooding of No Man's Land

Moo Loe is all alone in No Man’s Land, a strip of jungle on Thailand’s western border where the Karen people of Myanmar have fled from an overwhelming flood of ethnic violence in their homeland. Like so many other young refugees in this region, Moo Loe was orphaned at a young age. After he lost his father to illness, his mother was gored to death by a water buffalo. With nowhere else to go, Moo Loe was taken to a refugee camp by his older brother. Although the boys were raised as animists, his brother enrolled him at Karen Adventist Academy, an ASAP-supported school where he could live in the dormitory, a small structure constructed of bamboo poles and a thatched roof. 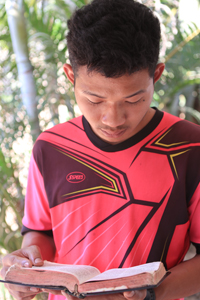 Loneliness and despair are frequent visitors to orphaned refugees. Some of Moo Loe’s friends in similar situations have begun engaging in self-destructive behaviors, trying to numb the pain that threatens to drown their lives. But Moo Loe is learning to find comfort in singing and reading the Bible in the midst of his trials. He has started praying, too, asking God to lead him in the right way. “I want to believe in something,” he says. Lately, he has been thinking about baptism, and he dreams of becoming a doctor so he can help his people.

More than 97,000 men, women, and children live in No Man’s Land, a place no one would ever choose to inhabit! Though it is just as beautiful as other areas in the mountains that separate Thailand and Myanmar, it reels with strife and neglect. Living in overcrowded refugee camps or unprotected villages, the Karen people hover between life and death on a daily basis. Tides of evil wash over them in the form of crossfire between Thai and Burmese soldiers; rape; the burning of their homes; the conscription of their children as child soldiers; massacres; land mines; forced labor and the deliberate destruction of villages, food sources, and medical services. Many of the Karen, fleeing the danger, hide in the forests. They are hungry, scared, physically ill from malaria and dysentery, and emotionally exhausted. Thailand frequently threatens to close the camps but the Burmese government does not have a plan to resettle the Karen in Myanmar. The government, in partnership with other countries, is planning to construct a dam that will wash away the Mae Ra Moe refugee camp, where Karen Adventist Academy and its 900+ students are located. This will add one more almost unbearable burden to their life of suffering. 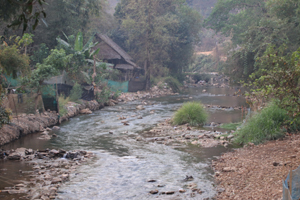 The largest of the refugee camps, Mae La, home to 35,000 refugees, has just experienced flooding of another kind. Heavy rains washed away or left 80 homes partially under water. Twenty-two Seventh-day Adventist families were affected. One student, the only Christian in her family shares, “I left my home this morning and managed to get to school after wading in neck-deep water, falling, and badly spraining my ankle. I praise the Lord that He is still taking care of me.”

In spite of these waves of evil, there is hope. Isaiah 59:19 says, “When the enemy shall come in like a flood the Spirit of the Lord shall raise up a standard against him.” The flood of Satan’s evil intentions is being met by a flood of plans to give this special tribe a future and a hope! ASAP Ministries’ board of directors has just voted to participate in God’s plan for these beleaguered Karen people by supporting forty-four teachers in six SDA schools where 1,200 students attend in the Mae La area. Earlier this year, the board voted to “adopt” fifteen schools in the conflict zone within Myanmar, along with the Canaan School. This makes twenty-two new schools for the persecuted this year!

When God asks us to do something, He always has a way to provide. Pastor Jimmy Shwe, a former refugee in No Man’s Land and currently North American Division Karen Refugee coordinator, plans to visit these schools and churches annually to assess their needs and report back to ASAP Ministries. He also plans to conduct yearly training sessions in conjunction with the Division, the Union, and ASAP to help grow solid leaders. In addition, he will assist the schools and churches as they learn to set goals. He has a great heart and vision for his people and is actively advocating for them. These refugees and Internally Displaced People have been independent for so long. They have suffered much. Being part of the official church entities with which ASAP works closely will give them a sense of belonging as they begin to function as part of the body of Christ. 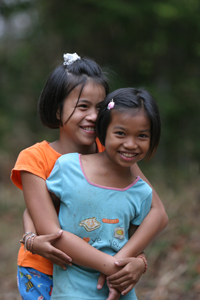 You can be part of this effort to encourage our brave teachers and pastors who work under a constant barrage of danger. Supporting our persecuted brothers and sisters in this dangerous area will be a big boost for them spiritually. Thousands of precious souls will benefit from this support. The Karen refugees who have resettled in America and Australia are eager to give back to their people and help with these projects. They need you to join with them because though they are willing to sacrificially give what they can, the need is greater than what they alone can provide. $35,400 are needed to pay the teachers at the six newly adopted schools. Their salaries will range from $650 to $1,200 annually. Even more than that, these brothers and sisters need our prayers that they will remain faithful and learn to lean on the God who provides an ark of safety in the floods that overwhelm their lives. 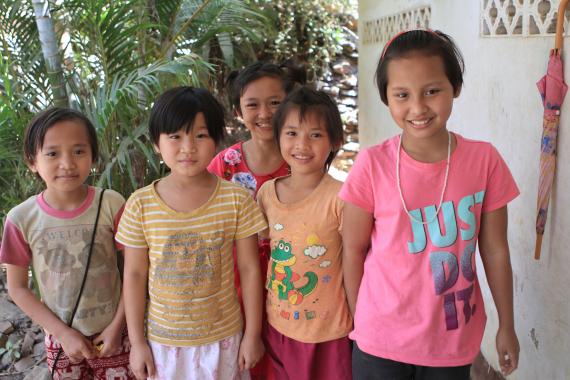