Single-hearted for Souls in the South

“When we went there the church was run down. No water. The toilet and roof were unusable. Windows broken. Graffiti on the church walls. Uncared for. Looking from the outside, people thought the church was abandoned.” These words from Sone Faraimo, ASAP’s field supervisor in Thailand, describe his experience with an assignment to rescue a church in the south of the country. From a congregation of 60 members, attendees had dwindled to a mere 6 people who were crying out for a pastor to shepherd them. They had been worshipping alone for a year, faithful but not actively taking responsibility.

At first they didn’t respond to the new couple who had come to care for them. They had become negative and bitter and their trust level had also dwindled. They were reluctant to go visiting, and Pr. Sone and his wife, Suwadee, had to encourage them to pray, read their Bible, teach how to lead song service, and how to give their testimony. After a year they warmed up to the Faraimo’s and began to take ownership of their church. Together they repaired the building and began welcoming people in a friendly manner, and participating in every aspect of the ministry. Now they hold an evangelistic campaign every year!

They reached out to former members who had drifted away into Sunday congregations. After that first year four new members joined their church, and the Faraimo’s had begun the process of cultivating leadership from within.

In this location, the Faraimo’s couldn’t make inroads into the hospitals and work among the schools is just opening up, with the potential of teaching English classes. However, the adult education schools opened their doors, and Suwadee began teaching English to massage therapists.

Prison ministry is also part of the work of the Faraimos and church family. Once a month the Faraimo’s and some church members go into the prison and minister to men and women who have been responding positively. After their Christmas program the officials asked for more, recognizing them as part of the team of prison workers. So far they have been able to teach both English and Bible to 80 men and 100 women. Next they will enter a Muslim area to present a health program. There’s been some bombing so not too many workers are eager to go there. 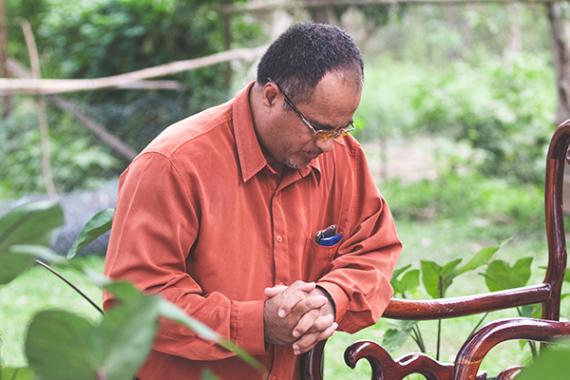