The Holy Spirit Prepares the Way

A small group from America planned a mission trip from December 11–26, 2016 to reach the Karen who live in an unusual, restricted area of the world. Jimmy Shwe, a Karen pastor who shepherds dozens of scattered Karen Adventist refugee groups in the U.S., took four Karen young men from his church and American church builder Scott Hill, from Oregon, on the trip. What happened more than amazed them and fulfilled their purpose of sharing truth with their people.

Before we get into the results, a little background will help you. When Jimmy Shwe was in college, he roomed with a student named Dickson. Dickson became an Adventist during that time. Later his brother Jackson also got baptized. Jimmy was able to visit them in their village for three summers in 1994, 1995, and 1996. During this time relationships were started and seeds of truth were planted among these Karen people who still speak the Karen language and keep their culture alive. Pastor Jimmy kept this group in his heart and hoped to visit them again.

During the 22 years since those visits, Dickson acquired a master’s degree in business and started his own business. He and his brother still believed the Adventist message, but they didn’t have success in sharing with their tribe. Therefore, they quietly kept the truth and observed the Sabbath alone. They lost connection with the wider Adventist church and settled into life there. However, Pastor Jimmy never forgot his friends in that remote place.

When the group of six arrived, they were warmly welcomed. Villagers had been waiting for days. Children were everywhere. Although it has been 22 years, village leaders remembered Jimmy well and were thrilled he had returned. They asked him to share with them, and specifically asked about the Sabbath and other Adventist truths. They were eager to learn more and were very receptive as Jimmy shared with them. Truly the Holy Spirit had gone before and prepared hearts to receive this message. A group of them decided that they wanted to become Seventh-day Adventists!

One villager, Eric, believes the Sabbath truth and has kept it for the past three years. He learned a lot about this from listening to Adventist World Radio. When Jimmy asked him if he would be willing to help care for a new Adventist group, he gladly offered. Of course, there is more that they need to be taught, but about 30 adults have asked to become Seventh-day Adventists, and with their children, the group is close to 50! This is thrilling news, for there are very few Adventists in this remote area, and certainly no Karen SDA churches.

Jimmy will continue to study the Adventist message with them by phone each week. He plans to take another mission trip there next year. The young people who joined him have been saving their money and buying Spirit of Prophecy books and Karen clothing for their new friends. This trip planted seeds in their hearts and now they want to be long-term missionaries. Dickson offered to donate land for a fellowship hall/community center in which the group could worship. We invite you to join in helping to raise $17,000 needed for this project. Pray that the Holy Spirit will lead this group and that many more of the 3,000 Karen in this area will understand the truth in God’s Word. 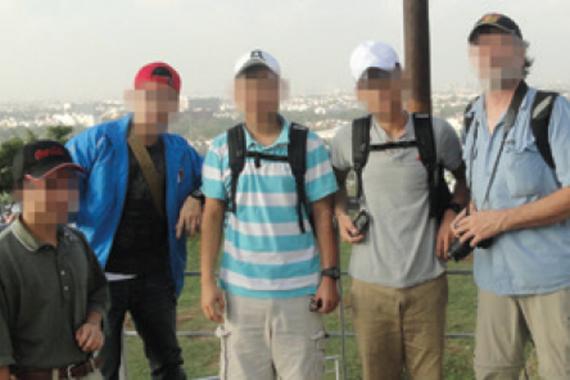