Victory of the Gospel

BY JULIA O’CAREY AND LISA ISENSEE

Every year, ASAP focuses time and energy into training the ethnic missionaries we sponsor (in addition to other frontline workers in the field). Every dollar spent and minute invested is worth it because these training sessions act as the fuel that keeps our workers going. These events serve as the camp meetings, ASI meetings, or GYC meetings for ethnic missionaries. It’s their time to fellowship and pray with like-minded brothers and sisters and helps them feel connected to the family of God instead of swimming alone in a shark-infested sea of unbelievers. This year, Pr. Scott Griswold’s lessons on end-time events and the second coming of Christ resonated in hearts like no other messages. Workers intently listened, earnestly took notes, and asked many questions. Lisa Isensee, coordinator for church planting for the Wisconsin Conference, joined us for the last training. She shares her impressions below:

I was powerfully impacted by meeting and talking with fellow believers in a country where sharing Jesus might mean prison time. The first pastor I interviewed had been in prison three times for being a follower of Jesus. Once, he was imprisoned for four and a half years. He had an unusually long last name, so I asked him through his pastor-son if that was typical in his culture. His son smiled and said, “Oh, he has a very beautiful story about his name.” After being released from prison, the father changed his last name to include the words, in his language, “Victory of the Gospel.” 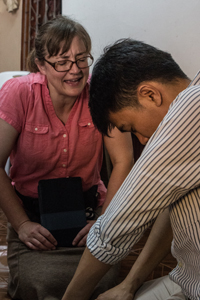 People mocked him, “What? You are still a Christian, after being in prison for your faith? You’re a fool!” But he kept living and working for Jesus. I asked him about those people, “Do they still mock you?” He thought about it for a little while, probably running through his mind each person. “No,” he said, seeming a bit surprised, “Those who mocked me have either died or become Christians!” Still others asked, “What kind of a god do you serve that you would serve him even after being imprisoned?” To which he responded, “Well, He is your God, too!” And starting at Creation he shared with them about our wonderful Creator and Savior. It’s not surprising to me that this man is one of the top soul-winners in this communist country. His face truly glowed as he told me stories of answered prayer. One man he brought to Christ, now a pastor, also impressed me. He is just one fruit of many this man has reaped through the power of God.

It was spiritually sobering to speak to these dear people. Yes, I have things to share of what Jesus is doing in Wisconsin and in my own life; I have a testimony. But to serve among those who cannot openly work for God without the risk of recrimination sent me home with a new perspective on the spiritually privileged times (yes, really) that we have in America. It was a great blessing to be able to strengthen and minister to and with the people of this country. 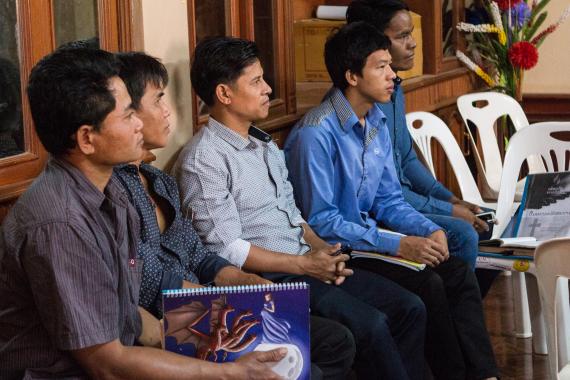