A New Kind of Prison Ministry

It began as a normal day for David* and his wife Mary.* Together, they collected 1,000 sermon DVDs and fliers to share in the closed country where they live. Mary entered the markets, where most vendors are women and David went to the bus stations where most drivers are men. This witnessing strategy had worked for David and Mary before. But today there was trouble.

As Mary was handing a DVD to one interested woman, the woman’s husband, a police officer, showed up. He arrested Mary on the spot. Someone alerted David.

At the police station, Mary was taken into an in­terrogation room. At first, the police tried to intimidate David and Mary by yelling and pounding the table. But David protested, “I am a citizen. Government officials need to respect the people. This is not right.” After David’s protest, the first officers were replaced with others. David was no longer allowed into the interrogation room, but they opened a window so he could hear what was happening.

Mary was accused of carrying materials that were not approved by the gov­ernment. Therefore, she was distributing contraband. 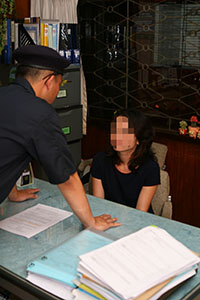 Mary replied, “No. Even though the materials aren’t registered yet, I am only giving them to people who want them. We are not causing any trouble. We are not inciting people against the government.”

The policemen interrogating her did not know how to respond. They replied, “What you are doing is very new. We have never seen this before,” and they left to check with their supervisors.

David soon noticed that more and more police officers, including the police chief, were join­ing him to listen to the interrogation. The officer in charge took all of Mary’s remaining DVDs to inspect them, dividing them into five parts and giving a stack to each department in the station to watch. David stood amazed as 50 police officers crowded around five computers to watch ser­mons on the health message and why people should believe in God.

Afterwards, the officers discussed the matter. As they deliberated, David spoke up again and said, “I own these materials. I think they are a good thing to share and this is not a crime.” He then asked if their case could be transferred to the religious de­partment and the officer in charge agreed.

The religious officers could only agree on one thing and asked David to sign a citation, but he refused to sign away his right to do missionary work. Finally, the officers released David and Mary.

This courageous couple remains undaunted in the face of persecution. “God saved me and I am compelled to work for Him,” says David. “I plan to continue witnessing until Jesus comes!” 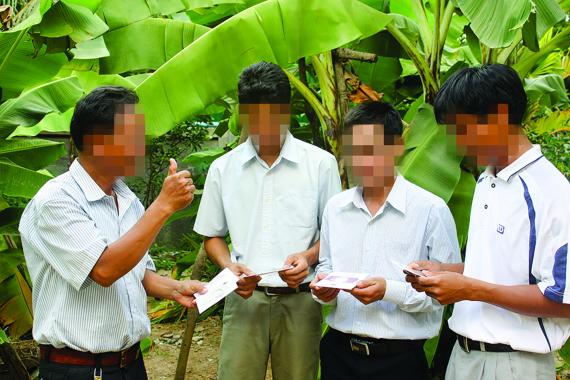