It is February 2014 in Pakistan. Mr. and Mrs. Mazari* have been anxiously exploring ways to escape the persecution their family has faced because of their Christian faith. Today is the day. They, their two sons, and two daughters make their way to Bangkok, Thailand, where they hope to find refuge and relief. Instead new hardships await.

After nearly a year of living in Bangkok, the older son and his mother are caught and placed in detention. Even though they are registered by the United Nations High Commissioner for Refugees (UNHCR), they are now caught up in Thailand’s recent crackdown on asylum seekers in its urban centers. Immigration raids and detention create fear and send refugee families into hiding.

Four years later, the son is still detained. His mother has been released on bail and then put in detention again in October 2018. Though the family expects to be resettled in Canada soon, they have serious needs. Unable to work, they cannot support themselves, buy food, or access healthcare services. Enter BRAP.

ASAP’s new Bangkok Refugee Assistance Project (BRAP) was established specifically to help families like the Mazaris. Since September 2018, BRAP has been providing the Mazari family with basic food support, monthly rental assistance until their resettlement, guidance in obtaining medical check-ups and health education, and seeking ways to reunite the family before they transition to Canada. The older daughter has expressed on several occasions how vital BRAP’s assistance is and how much they appreciate the support, prayers, and ministry of this project.

Begun as a cooperative with another Adventist organization, BRAP is meeting the urgent physical needs of people in distress. Bi-weekly food rations, housing support, and clothing allow recipients to survive with some dignity. Medical staff from local Adventist churches offer assistance for health needs with funding from BRAP. School-age children are sponsored so they can continue their education while they await the next step in their journey to freedom. In addition, BRAP offers a financial subsidy for passport renewal and immigration-related legal fees. Most importantly, BRAP provides spiritual support and Bible studies to these beleaguered families. BRAP’s principle of disinterested benevolence means that there is no discrimination of persons or conditions to receive service.

Atif* is the adult son of Papa Sayed* and Mama Soraya,* who are very close to the Adventist church community in Bangkok. They, too, fled Pakistan, seeking refuge. Both parents received refugee status and retirement visas in order to stay legally in Thailand. However, Atif and his family were not so fortunate. With no visa or UNHCR Refugee Status Certificate, they have struggled to find a way forward. Atif left his country with a strong constitution. But recently he has been struggling with a health issue that causes anemia. Part of the problem relates to his poverty-stricken diet. BRAP has provided a variety of nutritious foods to help treat his anemia and blood loss. In addition, BRAP is exploring the possibility of a medical procedure or blood transfusion for him.

One of Atif’s daughters, Maryam, is able to attend an Adventist school, thanks to BRAP. During the immigration crackdown, she could not go to school for more than a month for fear of being caught. She missed her friends, teachers, and opportunities to learn. During her time of hiding, a teacher and the BRAP coordinator visited the family regularly, bringing with them all that Maryam needed in order to continue studying at home. The teachers and principal collected food items and an envelope of money to give to the family while they patiently waited for a safe way to resume taking Maryam to school. Finally, as of December, she was back in the classroom, diligently studying to stay caught up.

As we reflect on the last few months, it is with great joy that ASAP Ministries sees God’s goodness in an outpouring of support for the BRAP initiative. Many families have been helped through a most trying time thanks to ASAP donors. And because of BRAP’s outreach, its influence continues to grow. Community Bible-study groups serving Pakistanis are meeting regularly in two refugee-dense areas. Thank you for praying for these refugees and the ministry of BRAP! 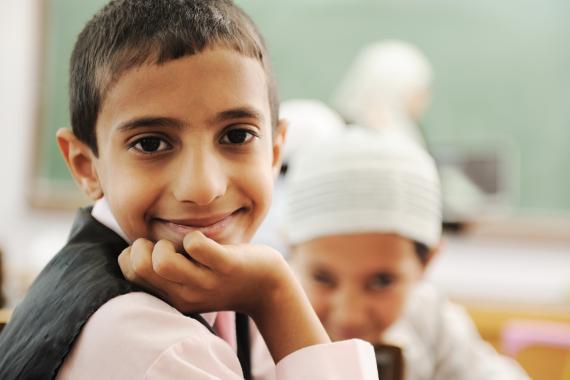