Stand For Your Faith

Can you think of a story in the Bible where three young men stood strong for their faith even when someone threatened to hurt them? Yes, you are right! Daniel’s three friends were thrown in the fiery furnace because they refused to bow down to the golden image. Jesus protected them, didn’t He? Today, I’m going to share a story about another brave young man who lives today all the way on the other side of the world. His name is Nai*.

“Stop praying! That’s foolishness!”  Nai’s mom spoke very sharply.  “Get up right now!” she yelled even louder. Nai kept kneeling by his bed, praying to Jesus. Nai’s mom slammed the door and left. Soon he heard his father boom out, “Nai, you are a disgrace to your mother and me!” He yelled some more, but Nai kept praying. Every time Nai’s parents caught him praying, reading his Bible or listening to a DVD about God, they yelled at him. This hurt his heart deeply. Nai knew he could not give up his most precious treasure—his best friend Jesus.

One day Nai got the courage to go to a secret house-church meeting on Sabbath. He was nervous but excited at the same time. Finally he would be able to meet people who believed just like him. His heart leaped with joy as they sang together! Suddenly, in the middle of the DVD sermon, a group of policemen burst into the crowded home. They swung their guns around and yelled, “Give us your Bibles! Give us your DVDs and your songbooks! Give them to us now!” No one dared hide anything. They put their heads down and they handed up their precious materials.

The police selected Nai and one other lady. They handcuffed them and took them to the police station. Nai’s mind raced and his heart beat fast. “Why me?” he kept asking God. “This is my first time to church.” He was really worried. Then, as he stood before the policemen, he remembered what Jesus said in Matthew 10:19, “When they arrest you, do not worry about what to say or how to say it. At that time you will be given what to say.” Nai felt so peaceful. He knew Jesus was right by his side. Sure enough, Nai answered the questions just right. Three hours later, the police let him go.

Nai was happy to know that the church members had fasted and prayed the whole time. Later, the police came and took Nai to the police station again and again. Finally, after much fasting and praying, the police stopped harassing Nai and the believers in his village. He is still praying for his parents to believe, too.

What would you do if you were Nai? Would you stand for your faith? Remember, Jesus will stand by you just like He stood by Nai at the police station and by Shadrach, Meshach and Abednego at the fiery furnace. 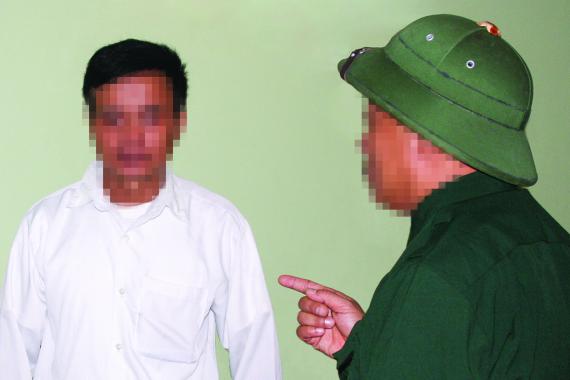