From Stress to Peace

Multilingual 35-year-old ASAP missionary Abigail Oanh* has been church planting in a closed country for five years now and also works with five groups, teaching people to read and write. She has had to bear up under repeated attacks by Satan, who wants to stop her work.

When her brother accepted the Sabbath truth, his wife left him. Devastated, he eventually remarried and started a church group deep in the jungle. When their father died, this brother encouraged Abigail. Then he was arrested for teaching the Bible to people in a new group. But, of course, the authorities would not admit they had arrested him for his Christian work. During a devastating war, some local people had cooperated with the U.S. government against the local government, so her brother was accused of being associated with that group.

In prison he was crammed into a small, completely dark cell already occupied by other prisoners. In these prisons, when someone is accused and doesn’t accept the accusation, they are beaten. Once a day, prisoners are taken outside to work. They receive only dry, crusty rice to eat. It is such a difficult experience that when people are released, they don’t want to talk about it. Knowing how her brother must be suffering, Abigail and the other believers fasted and prayed, insisting that he was not guilty. Then the authorities shifted tactics and accused him of trying to farm a field illegally. Even though he had been working in that field for eight years already without a problem, and even though others who worked there were not arrested, her brother was imprisoned for a total of six months! During that time, he continued to work for God, witnessing to fellow inmates, two of whom accepted Christ. Also, during that time, his pregnant wife gave birth. But because there was no midwife or hospital nearby, the baby died.

Poor Abigail was overwhelmed with everything that was happening: the death of her father, her brother in prison, the burial of her brother’s child, and caring for her sister-in-law plus some other family members and a woman who had lost her husband and couldn’t work anymore. All this in addition to her regular work of caring for all her literacy groups and house churches! To compound matters, an influential believer began to spread lies about Abigail and another pastor. Many of the members stopped coming to church, which greatly discouraged her.

But God is gracious, and He reminded Abigail of His promises in Ps. 23 and Phil. 4:13. When she sensed that she was about to fall apart, she spent more time in prayer. When she feels like giving up, she resolves not to leave God’s work but to persevere. “The best way is to surrender to Him and follow His plan,” she states. “I’m never going to look back….” Right now she is studying with fifty-two people who are preparing for baptism. Please pray for Abigail in the extreme challenges she faces. 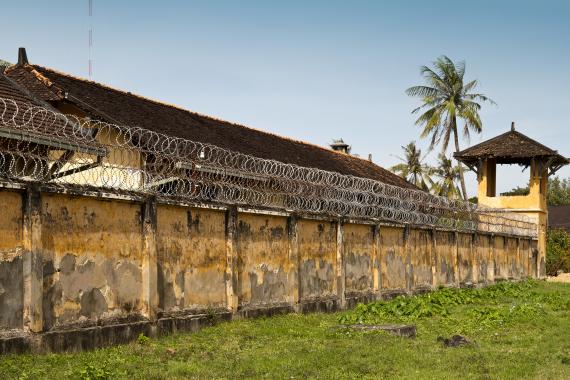