For the Love of Chai

Home Explore Media Archives Stories For the Love of Chai

AS TOLD TO LIANA KIM

“My mom died at the age of 96. She had a hard life here in Laos, especially after my older brother, Chai, now 62 years old, was born. My parents rejoiced to have a son but soon realized that something was not right with him. He had a mental problem. Mom’s life wasn’t the same after that. Because Chai couldn’t walk by himself, she had to carry him everywhere until he was 10 years old. Often she worried about how he would survive after she died. Since her death, it’s my turn to take care of my brother.” ASAP church planter Miriam Salualee* speaks lovingly of the emaciated figure in her care. “Sadly, my neighbor doesn’t like him because he sometimes makes messes and does strange things. But whatever people say about Chai, he is my beloved older brother,” she continues.

“A few months ago when I woke up one morning, my brother was gone. I thought he had gone for a walk, so we waited for him to return. It wasn’t until the afternoon, though, that we finally saw him, and he was bleeding! Of course, no one knew what had happened to him. And he couldn’t explain it. People were making fun of him.

“Our family is poor and there wasn’t enough money to take him to a hospital. What should I do? All I could do was go to God and ask Him to stop the bleeding. My relatives were suspicious as to whether the God that I believe in could heal him. ‘Do you think prayer really works? We don’t think so!’ they taunted as I prayed. ‘God, I believe that there is only one true God on this earth and it is You. Please stop his bleeding because we don’t know how we can help him, but You know. Please heal him! In Jesus’ name, Amen.’ 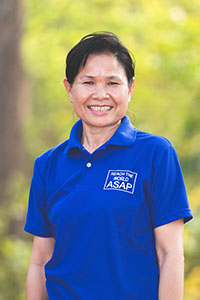 “After I prayed for him, the bleeding stopped! Only God can do such a miracle. We didn’t need to take him to a hospital because God is the Great Physician. I was very thankful to Him. But sadly, my relatives who had witnessed God’s amazing healing power didn’t choose to believe in Him. But I’m not discouraged because I believe that nothing is impossible with God. Now, Chai prays with me whenever I pray. He asks God to help him. This is a true miracle also.

God, and no matter what the world says of my faith in Him, I know He lives. I want everyone on this earth to have this wonderful Jesus in their heart. This is my prayer.” 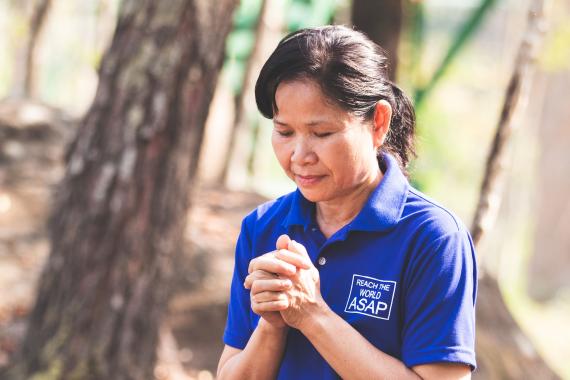