How would you describe the Bible? Living? Precious? Amazing? Powerful? It’s God’s very own words. Mr. Elmer Myaing describes the Bible as faithful. Here’s why.

Mr. Myaing and his wife Molly had decided to make the move from Myanmar to America. Though life was really tough and they could not speak English well, they committed to following God’s words in every detail of their lives. They lived by the word. Mr. Myaing faithfully paid tithe even though it was hard to earn enough for food. He worked two full-time jobs to give his six children a Christian education.

One day Mr. Myaing’s son was driving to Florida with a friend when the car suddenly caught on fire in the middle of a freeway. He jumped out just in time to watch it go up in flames. God protected him, but everything else in the car burned. Well, almost everything else. When his son went back to salvage anything he could, the only thing left was his father’s Bible. The edges were burned and black, but he could still read the words. It was a miracle! Just as God preserved his Word for generations, He kept that Bible safe in the flames.

Mr. Myaing asked his son if he could keep that miracle Bible. It was his treasure. Later, Mr. and Mrs. Myaing also got in a car accident and had to be hospitalized. Soon they realized they would no longer be able to return to their home, but would have to stay elsewhere for ongoing therapy. In the process of relocating, the miracle Bible was accidently thrown away.

After Mr. Myaing’s recovery, he journeyed back to Thailand and Myanmar to visit the churches. He wanted nothing more than to encourage the young believers to treasure the Word of God and hide it in their hearts. He shared the miracle Bible story with them. Silently he prayed, “Lord, I really wish that Bible hadn’t been thrown out. I would love to show it to my Karen brothers and sisters in Christ!”

God loves to give us the desires of our hearts. When Mr. Myaing returned to the United States, that Bible was sitting on his bedside table in a small plastic bag. It was another miracle! No one could explain how it got there. How can you treasure the Word of God in your life? Would you like to commit today to memorizing a verse a week?

How about reading it every morning and then sharing what you read with at least one person throughout the day? Let’s thank God for His miraculous word today! 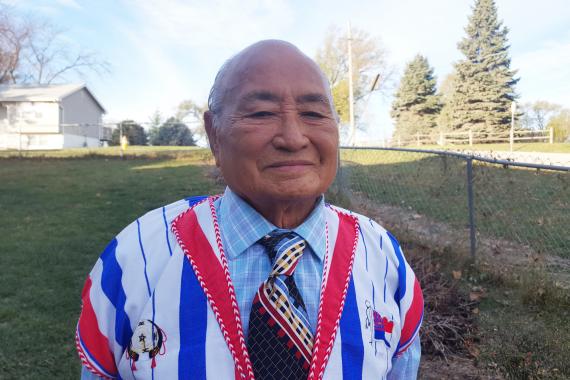