Government officials in a closed country made several attempts to get rid of the Seventh-day Adventist sign on the side of a church. While a man attempted to efface the words one sunny day, lightning came out of nowhere and struck his ladder. Another time the scaffolding collapsed. And a third attempt was foiled when bushes were planted so that they would grow and cover the letters. Instead, they provided a beautiful underscore by only growing to the bottom of the words!

Elsewhere, a little girl, punished for not coming to school on Sabbath, was forced to stand barefoot on the prickly peeling of the stinky durian fruit. To help RMES students understand what that was like, Julia brought a durian peeling for them to stand on. They also got to taste the fruit and decide which side of the debate they favor: it’s wonderful or it’s horrible!

When the students got back to class, their minds were in high gear. The fourth graders started fundraising by donating their allowances, doing home chores for pay, baking treats to sell, or asking their parents to give. A grandma made grapevine wreaths to sell. One student had collected cans and bottles all summer to buy a gymnastic scarf. But after hearing the school presentation, she made a sacrificial gift instead. Over $300 came from these fourth-grade efforts, providing a goat for a poor family, fifty Bible readers, and supplies for cancer patients!

Junior high students got involved, too. When they couldn’t locate any local children in need of gifts, they invited ASAP to their annual Christmas party. Seven representatives from ASAP presented about projects, told more stories, and participated in games and skits. One student was called to the front of the room while his teacher, Chris Davisson, explained that this boy’s uncle, a member of the Indonesian government, had recently come to the U.S. for U.N. meetings. He had requested that his nephew be allowed to accompany him to New York City. When the student returned, he had some large bills to put into the Christmas party collection jar, and that started everyone else on a journey of generosity! ASAP received a check for nearly $1,000 from these students who had also found creative ways to support their persecuted brothers and sisters overseas. 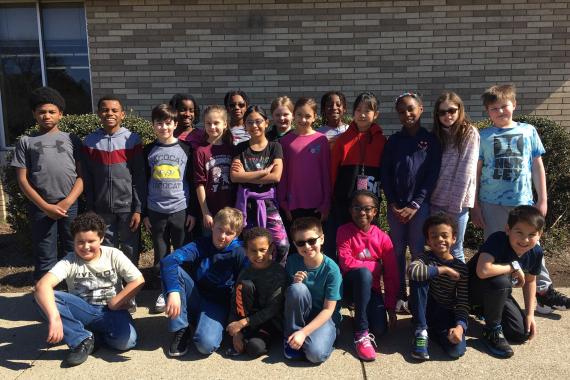